Green Earth Pest Control’s service management team is always on the prowl for the latest cutting-edge procedures, techniques and products. We ensure that our service technicians are providing the most excellent service possible. In perhaps our biggest move ever, Green Earth Pest Control has teamed up with Paul J. Bello. Paul is, undoubtedly, the most knowledgeable person in the entire pest control industry. He has literally done it all.

Paul Bello has been a licensed pest management professional since 1976 (this is the year that Green Earth’s President, Josh Alpert, was born). Paul has a unique combination of education and experience to offer. Bello holds a Bachelor’s of Science Degree in Entomology from the University of Georgia as well as an MBA in Accounting from Adelphi University. He is a former student of Dr. Austin M. Frishman, one of the pest control industry’s foremost experts, attending his Pest Management Technology program at the Farmingdale Campus of the State University of New York.

Following the footsteps of his former professor, Paul Bello appeared in two segments of National Geographic Television Show, “Swarms”. Widely recognized for his broad expertise in pest management, Paul has also appeared in news interviews, the Sunday New York Times, Newsday, the Atlanta Journal Constitution, and many other media publications.

As an author, Paul was selected as a revision editor for the “Mallis Handbook of Pest Control – 8th edition”, commonly regarded as the industry’s premier reference. Additionally, Paul has several published articles that appear in pest control industry magazines like Pest Management Professional and Pest Control Technology. His monthly column “On the Road With…” has appeared in several state trade association monthly magazines since 1995. In October 2011 he published his first book, “The Bed Bug Combat Manual,” which is a practical guide to Bed Bug control. 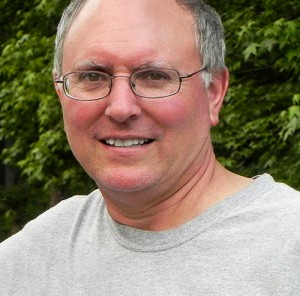 Paul is a renowned industry speaker who has presented at major conferences and seminars across the country. His areas of expertise include general pest management, ant control, bed bug control, rodent control, commercial pest management and termite control in both commercial and residential settings. He has been called as an advisor for difficult pest situations at a variety of facilities and situations including zoos, theme parks, hospitals, food production plants, apartments, condominiums, distributions centers, warehouses, schools, dormitories, assisted living facilities, litigations and many others.

Green Earth Pest Control is excited to have Paul Bello join the team, bringing his pest control expertise and experience to the areas that we serve.

By far the best customer service I ever experienced in all my time here in NYC. I sent an email late at night asking about an issue I was having in apartment. I received a call first thing today and was given the most helpful solutions possible. Not only was his interest ME and MY concerns, but he spent time explaining every single aspect of the problem to me. I cannot express how grateful I am and if there was an option to give a better rating that 5 stars I would!! THANK YOU

Read Letters Of Reference From: