Born & raised in Central, NJ, Larry Joseph affectionately called “LJ” now resides in Staten Island, NY, a borough of NYC, where he made many friendships with people who share his passion for music. In fact, it was his love for music which landed him a career with Green Earth Pest Control! 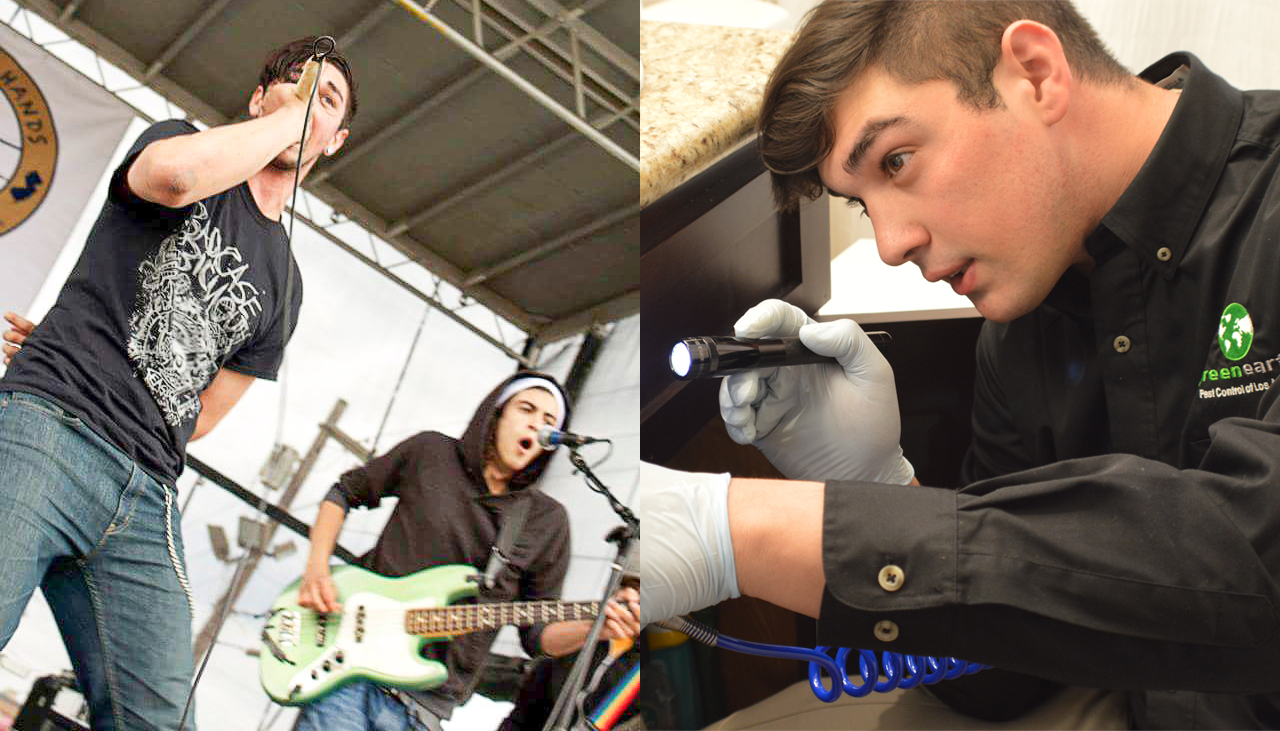 The President of Green Earth, Josh Alpert, has a son Justin who like LJ is also a passionate musician. Justin plays guitar, bass and when inspired even belts out a tune! This is where the story or one can say the legend of “LJ” begins…

It was the summer of 2013, a hot Brooklyn day, parking was hard to find, but like every other New Yorker, if you circle around the block at least 50 times, you will eventually find a spot. Josh, accompanied by his wife Courtney, paid their $10 door fee, got their hands stamped and proceeded to enjoy the show. Their son Justin was set to perform, filling in for a band whose guitarist was away on vacation.

It turns out, LJ was the lead singer for the band and boy was he full of energy. LJ had the crowd pumped, dancing and excited to be there. As soon as the concert was over, Josh approached LJ to introduce himself and was pleasantly surprised how well-mannered and well-spoken LJ was in addition to his energy and wit. Through close observation Josh noted that LJ possessed the exact combination of attributes he looks for in Green Earth employees.

After the show, Josh, Courtney, Justin & Erin (Justin’s Girlfriend) went out to Carmine’s Pizzeria on Graham Ave for dinner (Carmine’s has the absolute best pizza in town and also serve many other great Italian dishes). During dinner Josh asked Justin what LJ does for a living, to which he replied “LJ is a plumber and a carpenter”. Intrigued by LJ’s performance and hearing of LJ’s work ethic, Josh asked Justin to ask LJ if he would be interested in a job interview. Funny thing, LJ had already asked Justin after the concert if he could help setup a job interview with Josh for him!

After thoroughly impressing Josh during the job interview, LJ committed himself to Green Earth in July of 2013.

Many clients have expressed their happiness with LJ’s excellent, thoughtful, caring and friendly service. These compliments have been expressed via reviews on Angie’s List, Google, Yelp, through emails and phone calls to our office.

In a similar aspect to the Yankee’s Capitan Derek Jeter, LJ’s passion for providing excellent pest control service has made him an invaluable leader to all Green Earth’s technician’s. He is now responsible for the development and field training of the NYC field technician’s. LJ has taught many tech’s how to perform Bed bug removal, inspections, rodent exclusion, cockroach, ant, flea, carpet beetle as well as many other pest control services.

Next time you are in need for pest control, call Green Earth. You may get to see one of New York’s rising stars and be greeted with LJ’s great smile!

By far the best customer service I ever experienced in all my time here in NYC. I sent an email late at night asking about an issue I was having in apartment. I received a call first thing today and was given the most helpful solutions possible. Not only was his interest ME and MY concerns, but he spent time explaining every single aspect of the problem to me. I cannot express how grateful I am and if there was an option to give a better rating that 5 stars I would!! THANK YOU

Read Letters Of Reference From: